My Money Management and Debt Plan

My previous blog post talked a lot about the background and the emotional side of tackling my credit card debt. In this post, I’m going to explain the system I used for managing my finances in more detail. I’ve also created a free download of the spreadsheet system I use. This is the beta version, which means it isn’t the final product. I want people to use it and let me know how it works for them or how they modify it to work for them. Budgeting doesn’t have a “one size fits all.” This is just one size for everyone to try on so I want it to be flexible. This is a FREE download. You can find the worksheet at the bottom of this post.

Money Management
The “Matt Budget” is really what helped me dial in my spending. It gave me a clear picture of where my money was going and how I could spend it. It actually brought me a sense of freedom! I didn’t have to worry about over drafting anymore or how to pay my bills. A few notes on this system:

Here’s a rough example of what my Master Budget looked like when I first started using it. 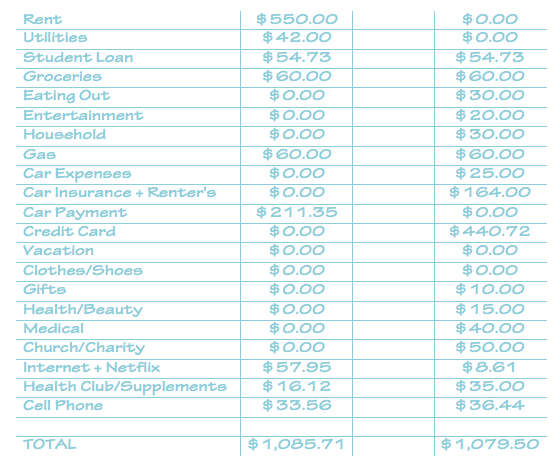 I don’t have a section for “savings.” My debt was my priority so saving was set on the backburner. Some may disagree with doing things this way but it worked for me. I could not justify saving money when I could be reducing the overall amount of interest I would be paying on this debt.

Something else you’ll notice is that my grocery budget was extremely low (I’m paid every two weeks so that $60 comes out to $30 per week for groceries), the entertainment and eating out budget was very conservative, and I don’t have a cable bill. All of these things were sacrifices (except cable – I can live without it) I made to have extra money for paying down my debt. Any extra miscellaneous income from pet sitting, birthdays, Christmas, and surveys was used to beef up my grocery budget or to pay down my debt.

Of course, this budget evolved over time. I got a new job in October, eventually moved back in with my parents, and consolidated my debt. The budget has changed since I no longer pay rent, renter’s insurance, an Internet bill, or any utility bills. I used those funds to beef up my grocery budget and then to pay down my debt quicker.

I want to explain a little bit about how the “Register” tab works. There are instructions in the spreadsheet for you to follow but it might help to have a visual. The example I’m about to show you came from the original spreadsheet that I used so the layout is slightly different from the beta version I’ve provided for you. 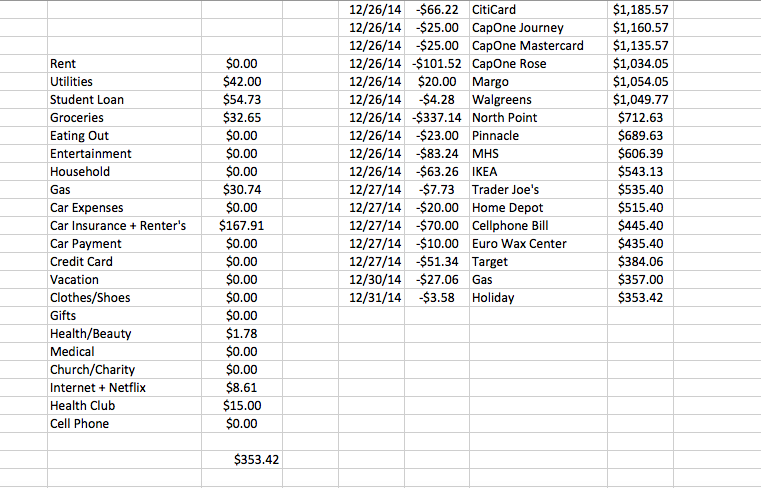 Each transaction gets recorded on the Register. With each transaction, you either add (income) or subtract (expense) the transaction amount to or from the budget category. This is essentially “balancing your checkbook” and making sure that you are spending within your means. You also see all your spending money in one place. If you overspend on a category, you have to pull the money from another category to make up for it. It keeps you very mindful!

Debt Plan
Now that I had a grip on my money, I was able to put a plan in place to start tackling this debt. I did discuss this with Matt as well as doing research on my own. I decided to go with the “Avalanche” method. I wrote all my credit cards down, what their limits were, and what the interest rates were. I ordered them from highest interest rate to the lowest interest rate.

I would pay the minimum on all cards except for the card with the highest interest rate. This card had a minimum payment of about $25 each month. Each month, I planned to add an extra $50-$100 to the minimum payment on that CapitalOne card ($75-$125 total). Once that card was paid off, I was to take that $75-$125 that I was paying monthly on that card and add it to the minimum payment I was making on the AAdvantage CitiCard. The minimum on the CitiCard was around $100 a month. Once the CapitalOne Visa #1 was paid off, I was able to pay $175-$225 a month on the CitiCard. This strategy continued until April when I did the consolidation. At that point, I was able to just make one large payment. I would definitely recommend trying to consolidate by doing a balance transfer first but if you can’t get approved, the avalanche method will be effective.

Tracking this was super easy with Mint. I set up a goal in Mint to pay off just the CapitalOne Visa #1. Why not set up a goal for paying down my debt as a whole? Breaking a big goal down into little pieces makes it seem less cumbersome. I set my monthly goal payment to $75 since that was the minimum I would pay each month. If I paid more, then I could visually see my marker get closer to my goal. Super motivating and fun to play with! 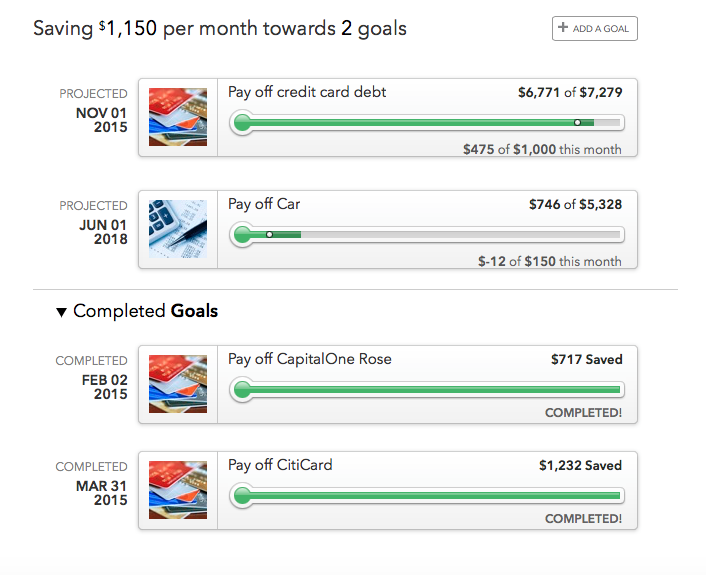 The screenshot above reflects my debt progress at the beginning of October, which was four months after I consolidated by transferring all leftover card balances to Wings Financial Credit Union. I had also moved home so I was able to pay a minimum of $1000 a month on my credit card debt. I’m not sure why Mint projected my goal completion to be in November of 2015 but the last payment was made on October 16th. 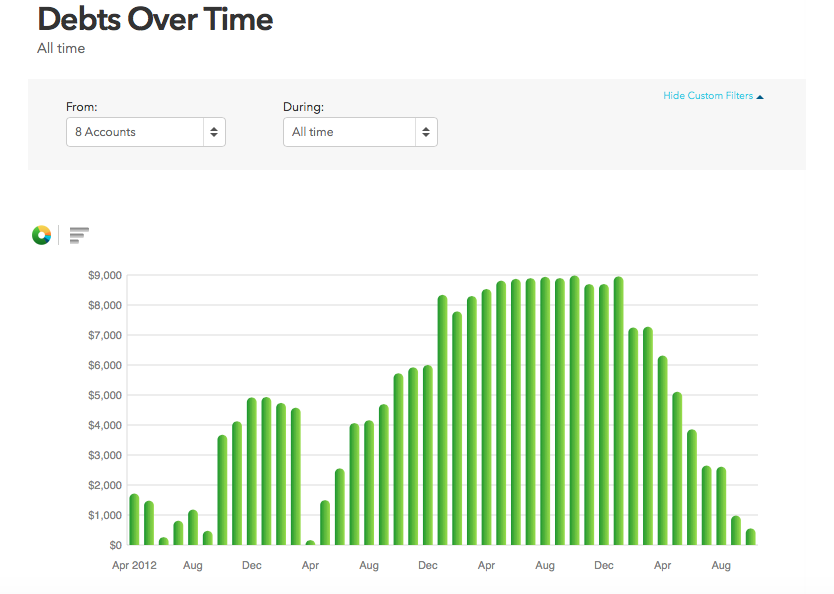 You can see my debt balances from the time that I started using Mint back in April of 2012. I got so much enjoyment out of watching the declining trend as I made each credit card payment! :)

Now you have the scoop on what I did to change my habits around spending money and paying down my debt. I hope you apply as much of this as you can to your own journey to financial freedom – a healthy, whole, beautiful life free from the bondage of credit card debt.

www.mint.com  (not an affiliate)