Plant-Based Protein: I just can't do it.

When I entered the world of dumbbells and protein shakes, I started off with the SMART Smoothie from Complete Nutrition. 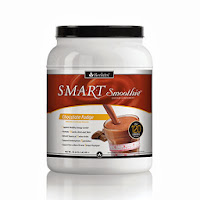 It is a whey protein that is super low cal and super low carb. Just what my trainer ordered! I purchased it in vanilla because vanilla is the closest thing I could find to plain. The more “plain-tasting”, the easier to chug that nasty stuff down my throat, right? Surprisingly, the SMART Smoothie didn’t taste that bad! When my one of my girlfriends hopped on the bandwagon with me, she was brave enough to try the mocha flavor. It was delicious! A pleasant way to switch things up from the regular vanilla protein with the baby formula aftertaste.

I’m making this all sound so appealing aren’t I? I haven’t even gotten to the gross part yet. Some other friends of mine got me all excited about this plant-based protein brand called Vega. I was stoked because I had tried their “All-in One” powder—which is FANTASTIC for meal replacement smoothies by the way—and I thought going plant-based would really benefit me in the long run. After I spent $60+ on a HUGE tub of the Vega Sport powder, I could hardly choke it down. It made my SMART Smoothie seem like dessert. It was very gritty and had an aftertaste that reminded me of what rotten vegetables must taste like. 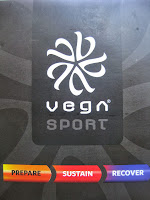 On the second try with the Vega Sport, it all came right back up (apologies for the gruesome details) and I was pretty scarred at that point...

But somehow I worked up the courage to try one more brand: Sun Warrior. It was almost as horrible as the Vega Sport.

At this point, I have completely given up on the idea that plant-based protein will get me anywhere since I can’t seem to choke it down and keep it down. I went back to the Vitamin Shoppe and picked up some Jay Robb in vanilla flavor of course. The sales associate also sent me home with two packets of other whey proteins to try.

The Jay Robb is fantastic. The powder is so fine that it mixes extremely well with just liquid or in a smoothie/shake. It’s going to be my new staple. It was also extremely affordable, low in calories, and low in carbs. The first protein packet I tried was the Harmonized Protein in vanilla. It almost tasted sour (super funky aftertaste) but after the experience I’d had with the plants-based protein, it was a walk in the park to chug that down after my morning workout.

I’ve yet to try the second protein packet as well as a sample that my trainer gave me from his trip to the Olympia in Vegas last weekend. Keep an eye out for my review on those two samples in my next post!